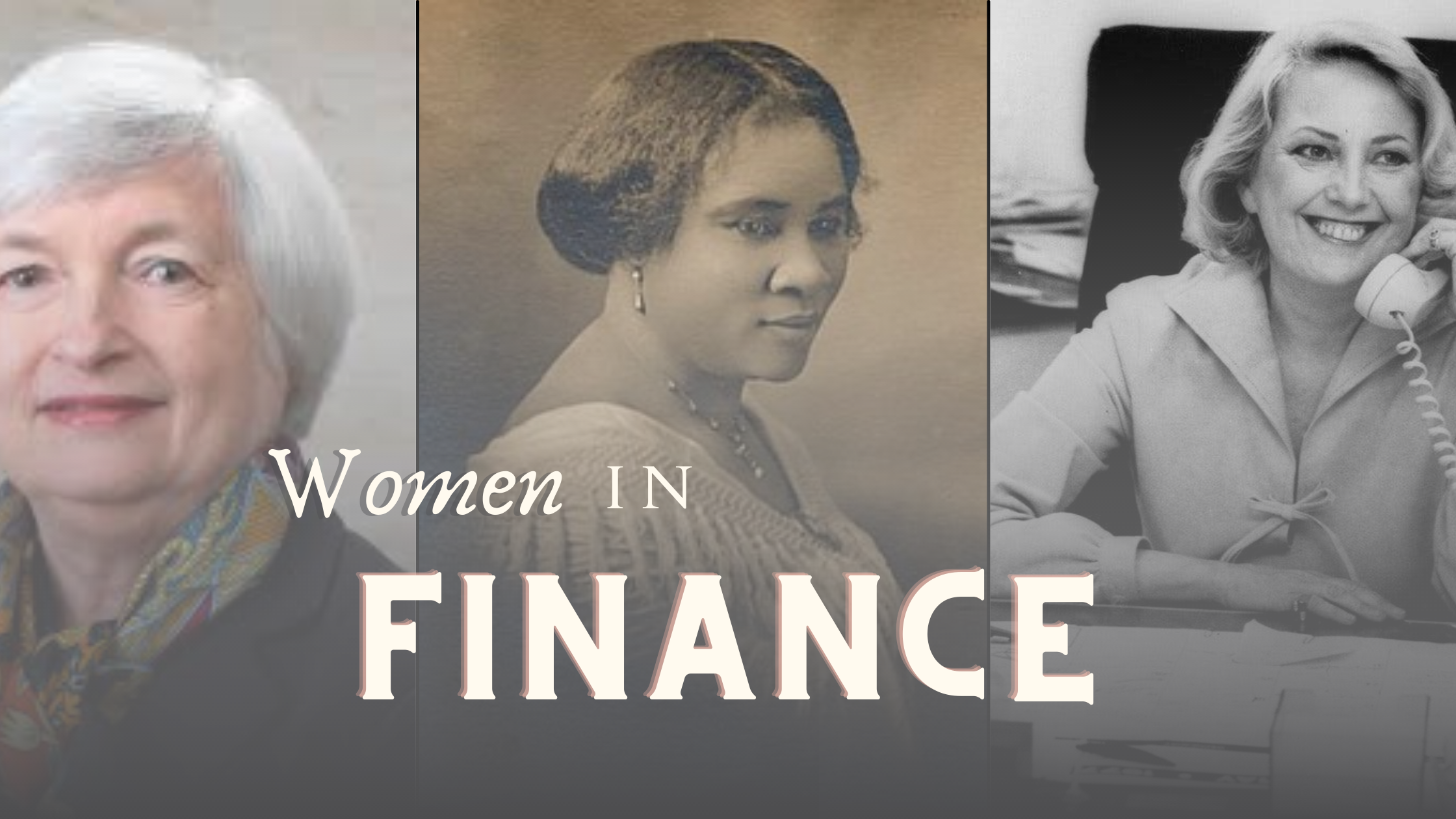 In honor of March being National Women’s Month, we want to celebrate by looking back on historical women that helped break barriers and fight for equality in the financial world. Here are 5 women figures in finance you should know about:

Maggie Lena Walker became the first woman in the U.S. to charter a bank, St. Luke’s Penny Savings Bank in 1903, and served as the bank’s president until her death in 1934. Walker was a leading advocate for women and African Americans in the segregated south, and founded St. Luke’s as a way to encourage them to harness their economic power by saving their money. St. Luke’s included more than 50,000 members by 1924, and by 1930, St. Luke’s remained one of few banks to survive the Stock Market Crash of 1929.

Born in 1867 to enslaved parents on a cotton plantation in Louisiana, Sara Breedlove became the first self-made, woman millionaire through creating and selling a line of haircare products for African American women, after developing a scalp condition of her own that caused her to lose some of her hair.

Breedlove, along with her husband, founded “Madame C.J. Walker Company” – the surname she would use – which ended up becoming wildly successful across the country. Even after her death in 1919, plans for her business were still carried out.

Today, she is still remembered as a pioneering Black female entrepreneur who embraced financial independence and working from the ground up.

Louise Weiser is known to be the first woman named president of an American bank, succeeding her husband, Horace Spangler Weiser, who served as president for Winneshiek County Bank in Decorah, Iowa. Weiser assumed the role shortly after her husband’s death in 1875 until 1892 when her son, C.S. Weiser, became the bank’s third president.

Weiser moved to Decorah from Vermont, and settled on the area until her death in 1898.

Considered as the “first woman of finance” to some, Muriel Siebert became the first woman to have a seat on the New York Stock Exchange in 1967, joining as the only woman among 1,365 male members of the floor.

Siebert was a loud voice for equality, having changed jobs numerous times throughout her career because of being paid less than men. She went on to open her own brokerage firm and serve as superintendent of banking in the state of New York in 1977.

She notes that women must continue to knock down barriers, stating that “when a door is hard to open and if nothing else works, sometimes you just have to rear back and kick it open.”

Janet Yellen is now the first woman to hold each of the top economic positions in federal government, after being sworn in as U.S. treasury secretary for the Biden administration on Jan. 26, 2021. Yellen was also the first woman to become chair of the Board of Governors for the U.S. Federal Reserve from 2014 to 2018, and served as the chair of the Council of Economic Advisors under the Clinton administration, from 1994 to 1997.

Yellen has been widely applauded for her performances while in office; her performance as the fed chair garnered an “A” rating from 60% of economists surveyed by the Wall Street Journal.

How to Handle Robocalls